My daughter was home from college for winter break, and after watching yet another news story about a horrible crime steeped in hatred, we found ourselves discussing how much hatred there seems to be in the world. My daughter resignedly asked if I thought there would be a time when people are simply accepting of others.

I was sorry to say that I doubted it; the fear of and thus hatred for “the other” is inherent in humans beings and encouraged by power-hungry leaders. 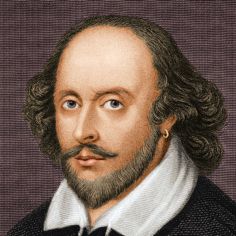 (I was reminded of a class discussion in a Shakespeare graduate seminar I participated in many years ago; the fear of the other is a common thread dramatized across his plays. Yeah. I love Shakespeare.)

But she waved me aside, insisting that such a fear, that hatred of people who are different, is not a condition of being human. How could I possibly know that to be true? Couldn’t people learn not to be so afraid, not to hate those who are different? Isn’t that what our society is working towards?

She is twenty, which although may have been a long time ago for me, was not so long ago that I don’t remember being twenty.

What I really enjoy about being, …cough cough…, older, is the ability to have a wider context with which to view the world. I have been through the cycle a few times.

When a new teacher, for example, eagerly and confidently reveals a brand new method to improve student writing, I smile to myself. Usually he or she explains this new theory as if they have discovered the Holy Grail. What they often don’t realize is that if you have been around long enough, you will have listened to multiple new crops of graduates proclaim the same new-found discovery. Everything comes and goes.

When you are young, you don’t realize that just because you are hearing or experiencing something for the first time, that the rest of the world has heard and seen this before. This is also why the lack of knowledge of history is so appalling. It is hard to put things into context when you have no context.

My mom told a story once when I was in my thirties that surprised me. I was in college in the 1980s, when mortgage rates were 17%, even 18%. (Strange how it seems like the 80’s might as well have been last year! Crazy how time can mess with you like that.)

But my mom said that I came home for Christmas during my first year of college absolutely furious at how my parents’ generation had “ruined” everything for us. After all, they made it so that I (and everyone else my age!) would never own a house because I could never afford one.

I don’t remember this, but I am horrified to hear it. This means that not only did I have professors who were preaching doom and gloom, convincing us that our future was bleak, all due to the actions of our parents and grandparents, but I believed them.

Of course, what did I know? Honestly, I did not even understand how interest rates worked at that time – my financial intelligence was quite low. I certainly had no idea what a mortgage was or even remotely knew how much an average house cost.

As it turned out, I did not have to worry. I bought a house at a younger age than my parents were when they bought their first house. And my mortgage was at 7% (and I later refinanced at 3.5%). Plus, the housing market had just crashed, so I got my house fairly cheap. In the 18 years that I owned that house, the price shot up twice and dropped to a frightening level twice. It’s nice to be able to see the bigger context.

During the 2008 housing crash, I was teaching 7th grade English at a private school, an adventure in itself. And I was shocked at how many kids were in tears, literally, about what was happening. Especially since they really did not understand it anyway.

One little girl, during class, raised her hand, and asked, wholeheartedly, “Why does everything bad have to happen when WE are alive?” It broke my heart because clearly adults who should know better, who should have a much wider context than this little girl, should not be scaring her like this. But I understand why she was so scared. She had no context.

Ok. I digress. Let’s get back to “the other.” Young adults who are my kids’ ages have grown up in a world steeped in identity politics. And this is not the first time in the history of this country or this world that a person’s “identity” was paramount. That is the foundational philosophy of any collectivist society. But I was raised in between these cycles of an emphasis on group identity, so I have seen this cycle repeated.

Ironically, it is this same generation, this generation that is desperate to eliminate hatred and the fear of those who are deemed different, who are practically paralyzed by their fear of the other and who harbor such hatred for the other that they are nearly apoplectic as they spit their vitriol at the other.

Truly, the fear that I witness young people in this country express today is incomprehensible to me. Actually, that is not fair. The fear has spread throughout the country and across all age groups. I am shocked as I watch people my age suddenly hate anything that is different from their view of the world.

During this recent presidential election, I asked students in my college English classes to think about whom they were going to vote for. I didn’t want them to tell me the answer, but then I asked them to raise their hands if they knew anyone in their phone contact list who was probably voting for a different candidate. Only about a third of each class rose their hands. The ones who did not, were proud of themselves for not knowing anyone who might think differently. They made fun of the others. The sat up straighter in their chairs. They smugly nodded their heads in approval. And they were shocked when I expressed disapproval and told them to get outside their tiny little circle.

But getting to know people who think differently is not the goal. The goal is to stay as far away from them as possible, thus highlighting the misunderstanding and fear. It’s ironic.

What does this have to do with writing? Actually, everything. I will get to that next. 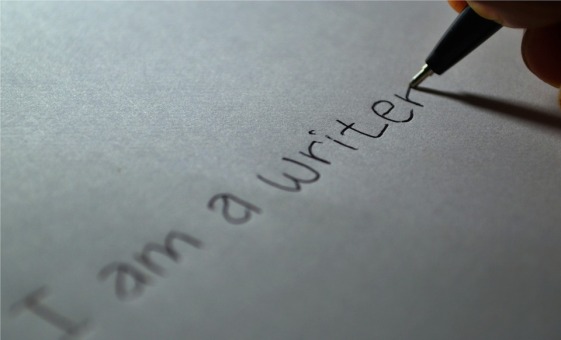